Well, better late than never, right? I hope so anyway!  Here’s my entry:

These photos were taken from just off the Bow Valley Parkway in Banff National Park, Canada, in the fall of 2009.  I liked the flowers and was just playing around with the focus, as you can see.  Then a bee happened to land on one of the flowers and I thought it made for a good photo! 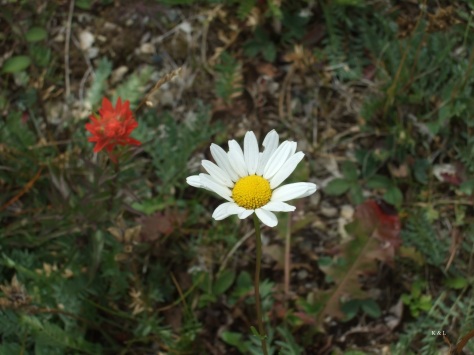 As for you, you meant evil against me, but God meant it for good in order to bring about this present result, to preserve many people alive.

This is Joseph in Egypt talking to his brothers after their father died.  His brothers were afraid Joseph would try to get revenge on them for selling him into slavery many years before. You can read the story of Joseph beginning in Genesis 37 and continuing in chapter 39 to the end in chapter 50.

This is one of my favorite Bible stories because it has given me hope that God can take difficult circumstances and turn them around and use them for good!

Mother’s father worked as a carpenter. On this particular day, he was building some crates for
the clothes his church was sending to some orphanage in China. On his way home, he reached into his shirt pocket to find his glasses, but they were gone. When he mentally replayed his earlier actions, he realized what happened; the glasses had slipped out of his pocket unnoticed and fallen into one of the crates, which he had nailed shut. His brand new glasses were heading for China!

The Great Depression was at it’s height and Grandpa had six children. He had spent $20 for those glasses that very morning. He was upset by the thought of having to buy another pair. “It’s not fair,” he told God as he drove home in frustration. “I’ve been very faithful in giving of my time and money to your work, and now this.”

Several months later, the director of the orphanage… 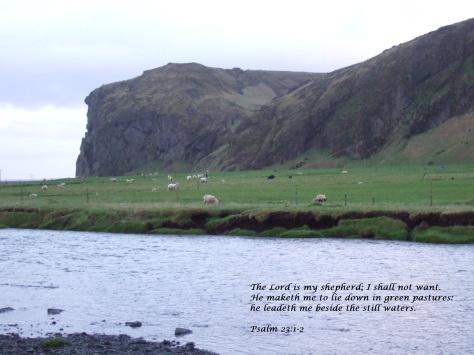